You are here:
Article 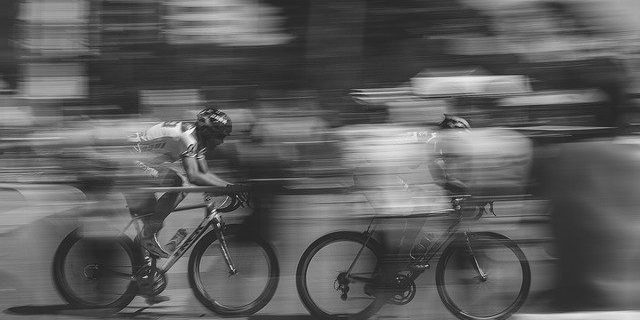 Have you ever wondered where triathletes spend their time? Training, eating and sleeping, you might suggest, with some real work thrown in to help save for that next destination tri event post-COVID or that new tri bike. But what about during the actual race? What percentage of our time do we actually spend swimming, biking and running and what can that tell us that might help to inform our training?

What percentage of our time do we actually spend swimming, biking and running and what can that tell us that might help to inform our training?

To answer this question, we studied some recent race results from USAT Nationals. To crunch the numbers, we looked at the average times of the top 100 finishers at USAT Nationals across each discipline as well as the average time spent in transition. We looked at Sprint, Olympic and Long Course events to see what, if any, difference there might be within each event.

Since every athlete has a different profile in terms of their stronger and weaker disciplines, it was useful to take these averages to get a more balanced view of the time spent on each discipline during the race. Of course, time spent may also vary slightly based on the exact course and weather conditions such as the presence of currents in an ocean swim as well as hills or wind during the bike and run.

As you might imagine, the percentage of time spent on each discipline within Sprint and Olympic distance events was very similar between both events since the Olympic distance is exactly twice that of the Sprint – at least at Nationals where the distances are standardized.

So putting this in round figures, the time distribution was approximately 20%/50%/30% across swim, bike and run.

Should triathletes therefore spend more time training on the bike as opposed to swimming? According to Coach Jones, there are two variables: your strengths/weaknesses in each discipline and the percentage of time you spend in each discipline during the race. If you’re equal in abilities in all three sports, then training time should be roughly equal to time in each sport (see table).

For example, in an Olympic Triathlon swim about 20%, bike about 45%, and run about 30%, plus some training time on transitions. Most athletes, however, have a weak discipline and a strong one. Athletes tend to train more on the strong sport since they’re more comfortable.

The transition is also a great opportunity to shave off some extra seconds, particularly since podium places are often won or lost based on seconds or even fractions of a second.

The transition is also a great opportunity to shave off some extra seconds, particularly since podium places are often won or lost based on seconds or even fractions of a second. Coach Jones suggests making transition practice an integral part of your training, for example by practicing your transitions the day before every race. As an example, practice taking off your wetsuit as quickly as possible as well as getting into your bike and running gear. To make transitions even faster, use Trislide around your ankles to help wetsuits slide off more easily in T1, and put on your running cap and race number belt while on the move as you exit T2.

In looking at Long Course events, we found an even more profound difference in the numbers. In this case, the swim was just 12%, the bike 50%, run 37% and transition 1% to the nearest whole number. A 1% improvement in time therefore yields 22, 90 and 66 seconds on the swim, bike and run respectively. Since our numbers are based on the top 100 at nationals, if you’re outside this group, your time savings will be even higher.

If you’re already a strong swimmer, since the swim is only 12% of the race, if you’re spending 20 hours a week training for your next Long Course event, then the swim may only necessitate two pool sessions a week of 2,000 to 3,000 yards to stay sharp. However, as you’re getting closer to race day you may want to consider the following: a few weeks out, focus more on longer intervals such as 10 X 200 yards with a minute rest between each and a normal warm up and cool down. For the final week before the event, switch to no intervals and just Monday and Wednesday swim workouts of 2,000 yards at an easy, relaxed effort focusing on form.

As triathletes, part of the enjoyment of our active lifestyle is the multi-sport training that gives us plenty of variety and an all-around workout.

As triathletes, part of the enjoyment of our active lifestyle is the multi-sport training that gives us plenty of variety and an all-around workout. One of the key takeaways from this analysis is to continue to enjoy the variety of training options available for your workouts, including bricks and gym workouts. You can also consider placing additional time in two areas: firstly, where you need more work and can gain valuable time savings and secondly, where you’ll be spending a lot of time on race day.

Nicholas D. Evans is the founder of VirtualSportsRacing.com, an online platform for virtual races, events and challenges. He is an avid triathlete, former USAT Sprint Distance National Champion (Clydesdale) and Team USA team member in Sprint, Aquathlon and Off-Road triathlon. He is based in Dallas, Texas and can be reached at nick@virtualsportsracing.com.

Russ Jones is a USAT Level 1 Certified Coach and USAT 2015 Lifetime Achievement Award Winner. A pioneer of the sport, he began his career winning the Mission Bay Triathlon in 1975 and has over 100 triathlon and duathlon overall victories. He is based in San Juan Capistrano, California and can be reached at coachruss@cox.net or at TriLessIsMore.com.